SHOT 2/18/08 10:36:43 AM - Portraits of various dogs at the 13th Annual Rocky Mountain Cluster dog show at the National Western Complex in Denver, Co. "Speedy", a three year-old male English Bulldog, owned by Rod Peterson of Brighton, Co. Peterson breeds bulldogs through Greatrock Bulldogs and said "Speedy" is well on his way to a Championship. The Bulldog, colloquially known as the English Bulldog or British Bulldog, is a medium-size breed of dog that originated in England. The temperament of the Bulldog is generally docile, friendly and gregarious but are known to be fiercely loyal and occasionally willful. In the 1600s, bulldogs were used for bullbaiting (as well as bearbaiting), a wagering sport popular in the 17th century in which trained bulldogs leapt at a bull lashed to a post, latched onto its snout and attempted to suffocate it. Bulldogs have many distinct characteristics that were breed into them so they would be better suited to bullbaiting. The dog show features some of the top show dogs in the country and showcases close to 200 different breeds. Some 3,500 dogs and some of the top handlers in the country compete at the event which follows on the heels of Westminster. In a conformation show, judges familiar with specific dog breeds evaluate individual dogs for how well they conform to published breed standards. Conformation shows are also referred to as dog shows or breed shows. Conformation shows are typically held under the auspices of a national kennel club. At the highest levels are Championship or all-breed shows, which have separate classes for the majority of breeds.(Photo by Marc Piscotty / © 2008) 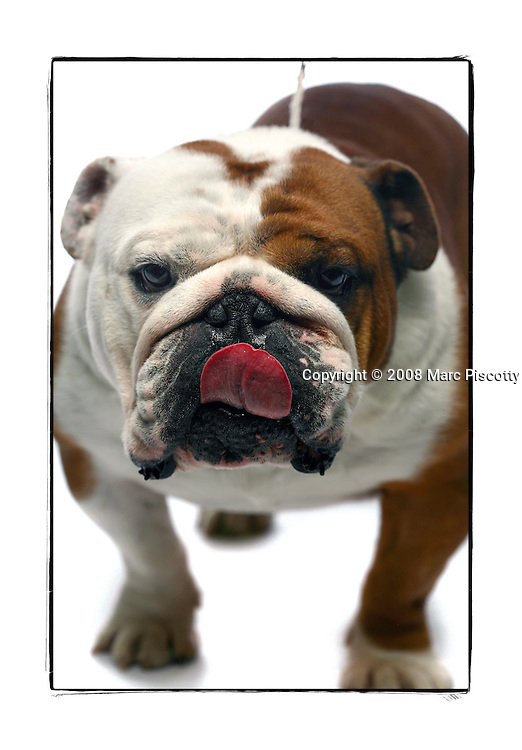