SHOT 10/6/09 12:10:20 PM - Sarah Siegel-Magness produced Precious, an upcoming film by director Lee Daniels, that is already racking up awards at film festivals and has been generating all kinds of early Oscar Awards buzz. She was photographed at the Ellie Caulkins Opera House in Denver, Co. Magness also produced Tennessee in 2008, her first film with director Lee Daniels. The film was adapted from the 1996 Sapphire novel Push. The film premiered in January 2009 at the Sundance Film Festival where it won the Audience Award and the Grand Jury Prize for best drama, as well as a Special Jury Prize for supporting actress Mo'Nique.[Overweight, illiterate teenager Clareece "Precious" Jones (Gabourey Sidibe) lives in Harlem with her dysfunctional family; she has been impregnated twice by her father and is in a destructive relationship with her mother (Mo'Nique). Precious is invited to an alternative school where she hopes that her life can change direction. The film also stars Mariah Carey as the social worker Mrs. Weiss, Paula Patton as Precious' teacher, Ms. Rain, and Lenny Kravitz as John, a nurse. (Photo by Marc Piscotty / © 2009) 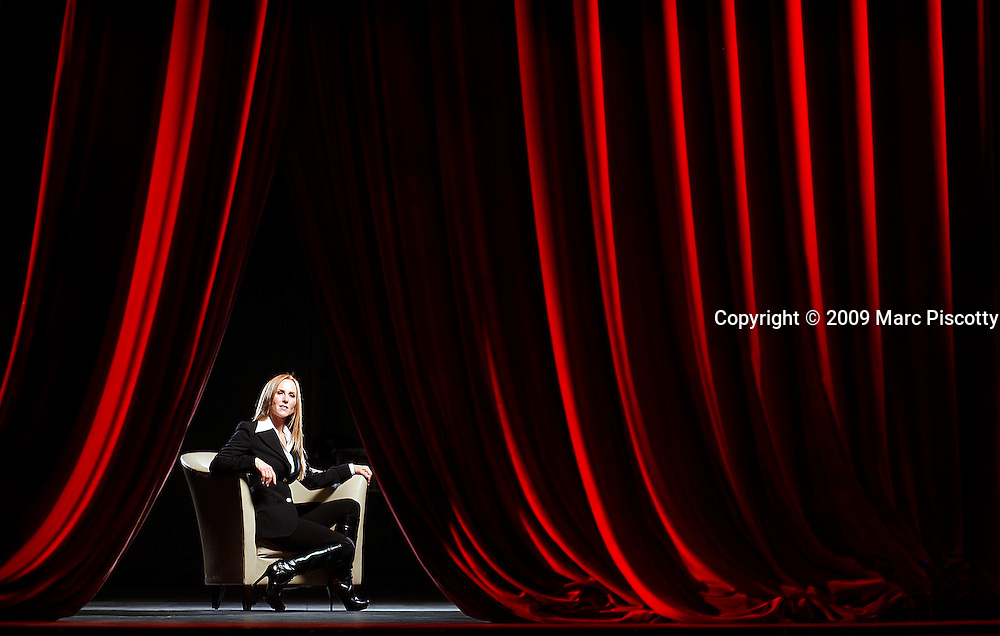