Spectators cheer as Shaun White of Carlsbad, Ca. flies above their heads during the halfpipe finals at the Chevrolet U.S. Snowboard Grand Prix in Breckenridge, Co. Saturday December 17, 2005. The Breckenridge event was the first of three stops in a series that will determine who will make the U.S. Snowboard Team and represent the country in the 2006 Winter Olympics in Torino, Italy. Shaun White of Carlsbad, Ca. won the men's event while Gretchen Bleiler of Snowmass Village, Co. won the women's event. The Grand Prix, now in its 10th year as the premier snowboard series in North America, features a cash purse of $340,000 and a new Chevrolet truck to the overall male and female winner of the series. White won the event with a score of 47.10 and with two wins already is guaranteed a spot on the U.S. Snowboard Team..(MARC PISCOTTY/ © 2006) 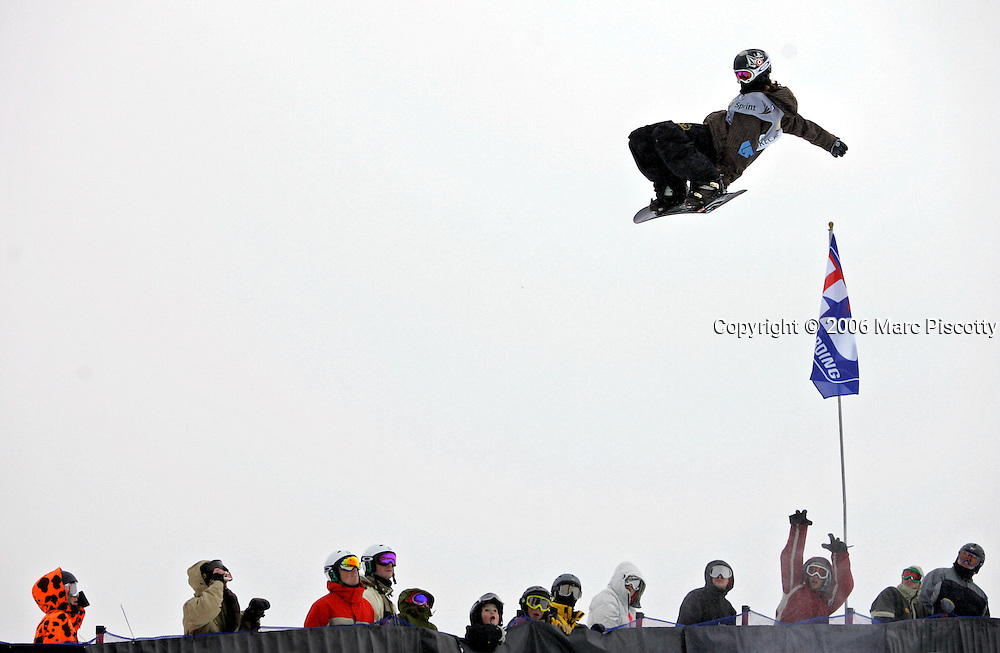