SHOT 1/22/09 1:20:59 PM - Wooden crosses mark gravesites in a small cemetery on the Acoma Pueblo in New Mexico. Acoma Pueblo, Haak'ooh in Navajo, also known as "Sky City", is a Native American pueblo built on top of a 367-foot (112 m) sandstone mesa in the U.S. state of New Mexico. The Pueblo, believed to have been established in the twelfth century or even earlier, was chosen in part because of its defensive position against raiders. It is regarded as the oldest continuously inhabited community in the United States..(Photo by Marc Piscotty / © 2009) 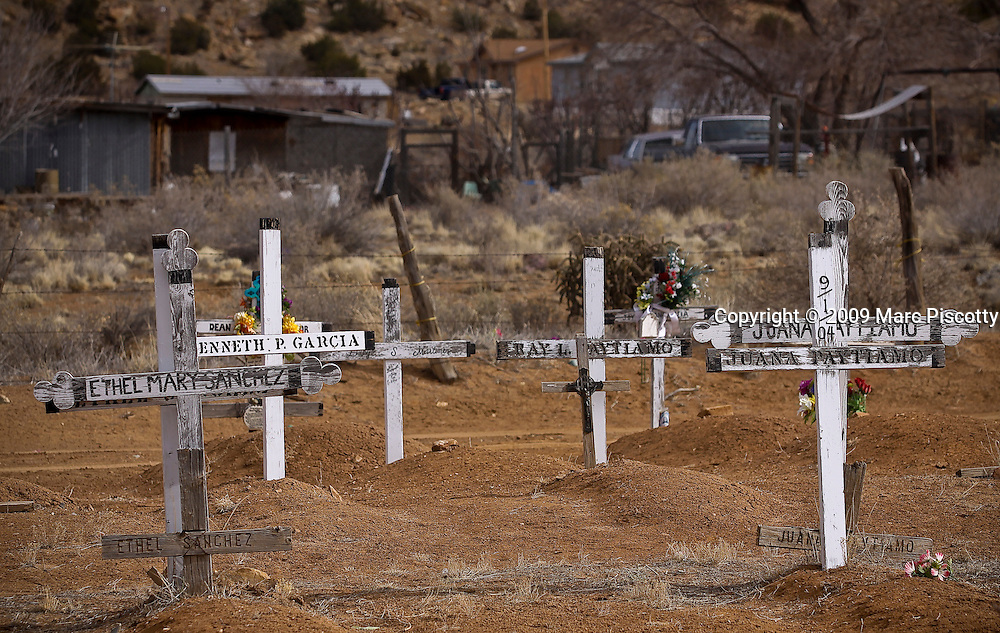