SHOT 10/26/2007 - The Colorado Rockies are tossing their own World Series Gala at the Colorado Convention Center in Downtown Denver Friday night to welcome the Boston Red Sox and their guests to the Mile High City. But apparently World Series festivities aren't mandatory for Colorado Gov. Bill Ritter and Denver Mayor John Hickenlooper. The two are on a Chamber of Commerce trip and won?t be back until Saturday. Dinger, the Colorado Rockies mascot, poses for a picture with Maddie Byrd, 14, an MLB S.T.A.R. award winner at the event Friday evening. Byrd is from Ramstein A.F.B. in Germany and will be presented the award Saturday at Game 3..(Photo by Marc Piscotty © 2007) 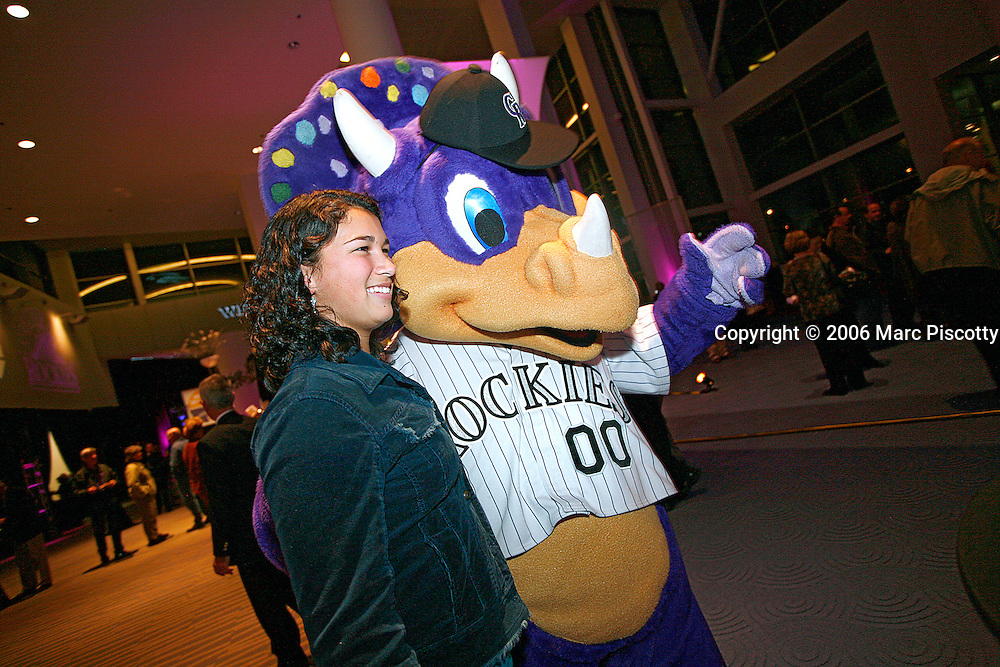