SHOT 1/21/11 5:07:39 PM - Detail of some of the interesting architecture at the Experience Music Project and Science Fiction Museum and Hall of Fame (abbreviation rendered with a pipe as EMP|SFM). It is a museum dedicated to the history and exploration of both popular music and science fiction located in Seattle, Washington. The Frank Gehry-designed museum building is located on the campus of the Seattle Center, adjacent to the Space Needle and the Seattle Center Monorail, which runs through the building. Experience Music Project (EMP) was founded by Microsoft co-founder Paul Allen, and opened its doors in 2000. Seattle is the northernmost major city in the contiguous United States, and the largest city in the Pacific Northwest and in the state of Washington. A seaport situated on a narrow isthmus between Puget Sound (an arm of the Pacific Ocean) and Lake Washington, about 100 miles (160 km) south of the Canada - United States border, it is named after Chief Sealth "Seattle", of the Duwamish and Suquamish native tribes. Seattle is the center of the Seattle-Tacoma-Bellevue metropolitan statistical area, the 15th largest in the United States, and the largest in the northwestern United States. Seattle is the county seat of King County and is the major economic, cultural and educational center in the region. (Photo by Marc Piscotty / © 2011) 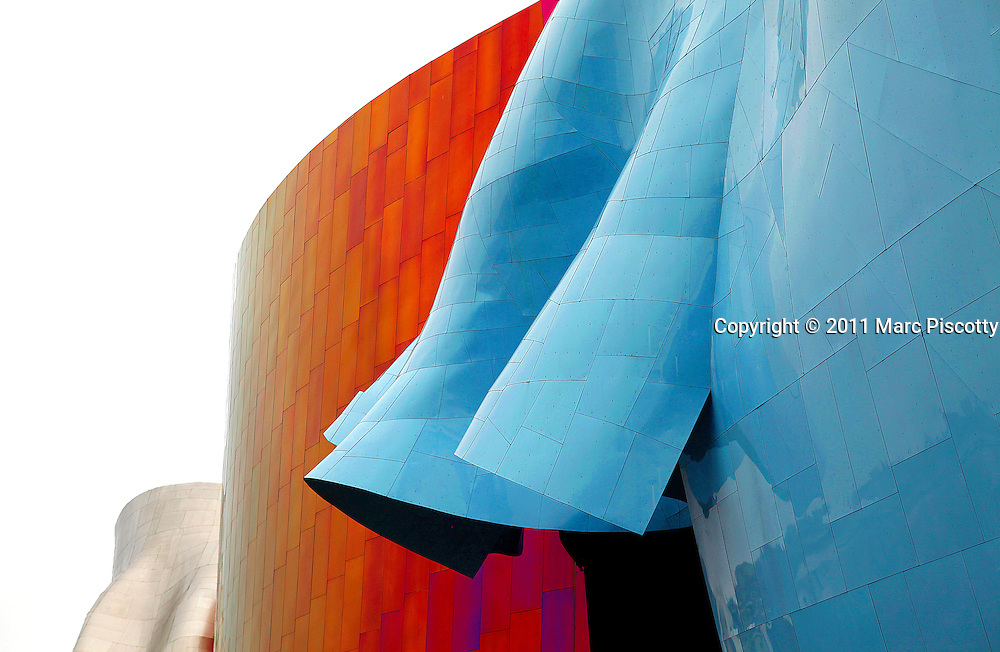