SHOT 2/13/2004 - Sonja Becker of Denver, Co. puts the finishing touches on her Standard Poodle's groomed tail while posing the dog for a portrait session. "Crystal" is a three year-old Standard Poodle whose silver color is much more unusual than the normal black and white version of the breed. The grooming of the dogs was originally intended to keep the water retriever's vital body parts warm while still allowing the dog to swim more easily but the dog show circuits have taken the grooming and shaping to the extreme. The Rocky Mountain Cluster dog show is one of the largest dog shows in the West and features 162 different breeds of dogs and draws close to 4,000 canines a day. The four day long event is held cooperatively between the Plum Creek Kennel Club and the Colorado Kennel Club. The dog show draws people and dogs from all across the country as well as Mexico, Canada and Europe..(Photo by MARC PISCOTTY / ©2004) 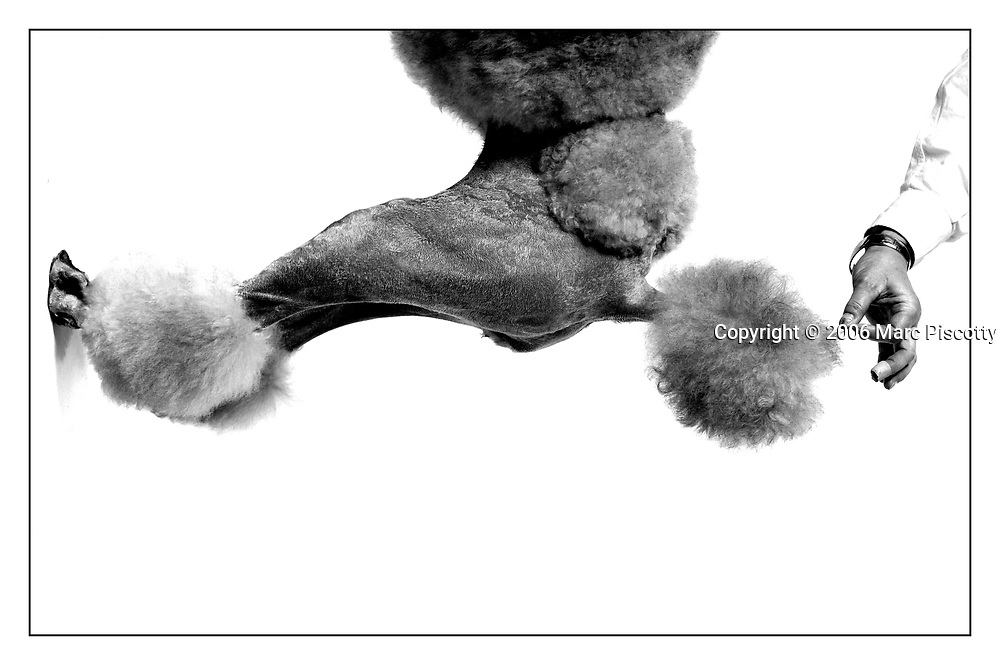