SHOT 12/6/10 12:13:12 PM - Margaret Ebeling of Denver, Co. climbs the steep steps up the side of the Nohoch Mul pyramid at Coba in Mexico. The site contains several large temple pyramids, the tallest, in what is known as the Nohoch Mul group of structures, being some 42 metres (138 ft) in height. Coba is estimated to have had some 50,000 inhabitants (and possibly significantly more) at its peak of civilization, and the built up area extends over some 80 km². The site was occupied by a sizable agricultural population by the 1st century. Coba (Cobá in the Spanish language) is a large ruined city of the Pre-Columbian Maya civilization, located in the state of Quintana Roo, Mexico. (Photo by Marc Piscotty / © 2010) 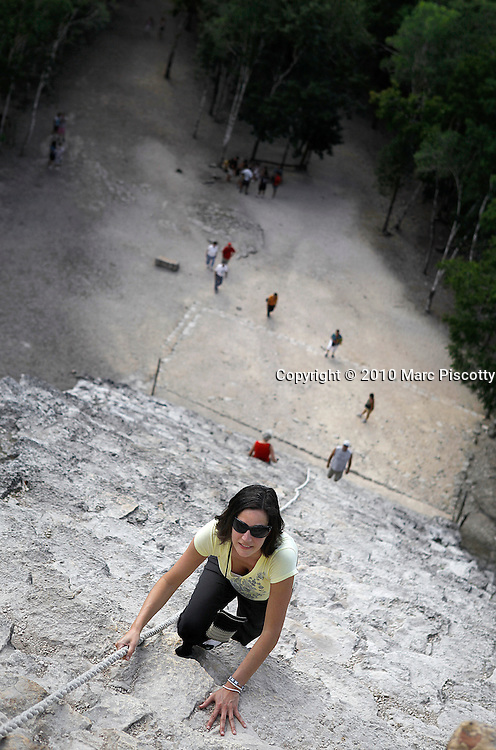