SHOT 3/8/08 4:28:28 PM - Pacific Beach is a neighborhood of San Diego, bounded by La Jolla to the north, Mission Beach to the south, Interstate 5 and Clairemont to the east, and the Pacific Ocean to the west. While largely populated by surfers and college students, the population is becoming more professional and affluent due to rising property and rental costs. "PB", as it is known as by local residents, is also home to one of San Diego's more popular nightlife, with dozens of bars, cafes, and eateries lining the main east-west street Garnet Avenue and Mission Boulevard, which runs north-south. The primary north-south street running parallel to the beach is Mission Boulevard, with the streets named after late 19th century federal officials. Pacific Beach is one of the main centers of nightlife in San Diego. Garnet Avenue between Ingraham Street and Mission Blvd. is the main area where bars and restaurants are located. Pacific Beach tends to cater to a younger college- and post-college-oriented crowd, compared to downtown San Diego's Gaslamp District. Dress codes are generally less strict if they are enforced at all..(Photo by Marc Piscotty / © 2008) 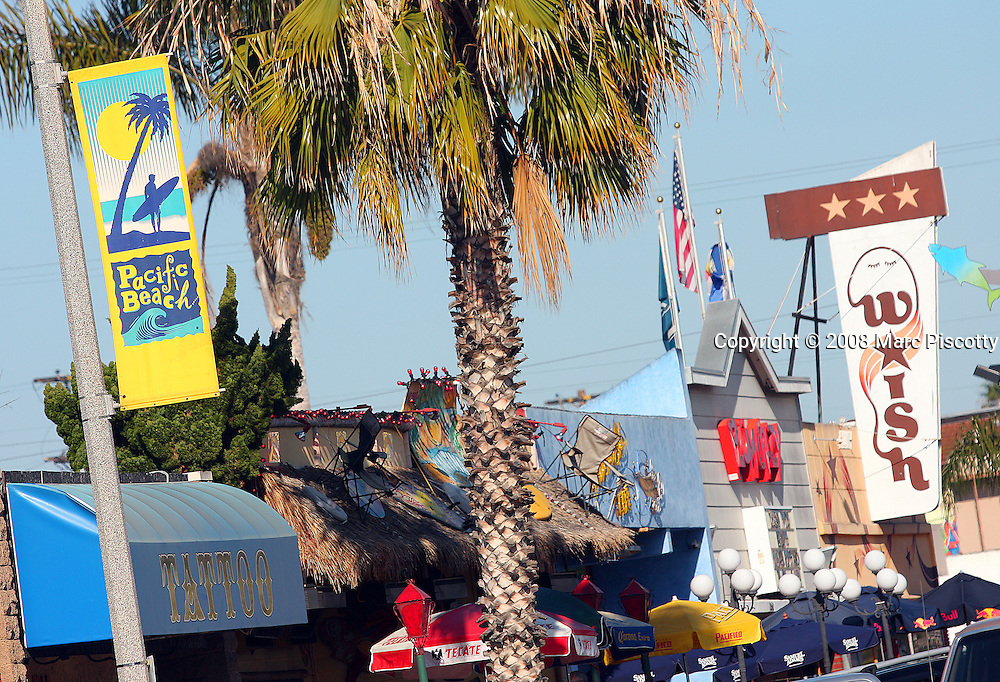