SHOT 5/14/2007 - Legendary French chef Jacques Pépin participates in a cooking demonstration for a small group of aspiring chefs at A Cook's Kitchen, a personalized cooking school in Capitol Hill. Pépin was in town promoting his newest cookbook, "Chez Jacques", as well as running the demonstration at A Cook's KItchen, which is run by Elizabeth Woessner and Pépin's daughter, Claudine. Pépin has had several television shows, including shows with Julia Child and one with his daughter, Claudine. Also cooking in the kitchen that evening was Patrick DuPays, owner and executive chef at Z Cuisine in Denver. Jacques Pépin (born December 18, 1935) is a French chef working in the United States. Pépin was born in Bourg-en-Bresse near Lyon, and began cooking in his parents' restaurant, Le Pelican, at the age of 12. He went on to work in Paris, training under Lucien Diat at the Plaza Athénée. He eventually served as a personal chef for Charles de Gaulle and two other French premiers. Upon immigration to the United States in 1959, Pépin turned down a job offer at the Kennedy White House, and instead accepted a position as the director of research and new development for the Howard Johnson chain of hotels. Pépin has been featured in several television shows, including shows with Julia Child; one of Child's last cooking shows was the 1999 PBS series Julia and Jacques Cooking at Home, where Child did a great deal of instructing while Pépin handled the heavier cooking loads. His work with Julia Child was honored with a Daytime Emmy Award in 2001. Pépin also had a television show with his daughter, Claudine..(Photo by Marc Piscotty © 2007) 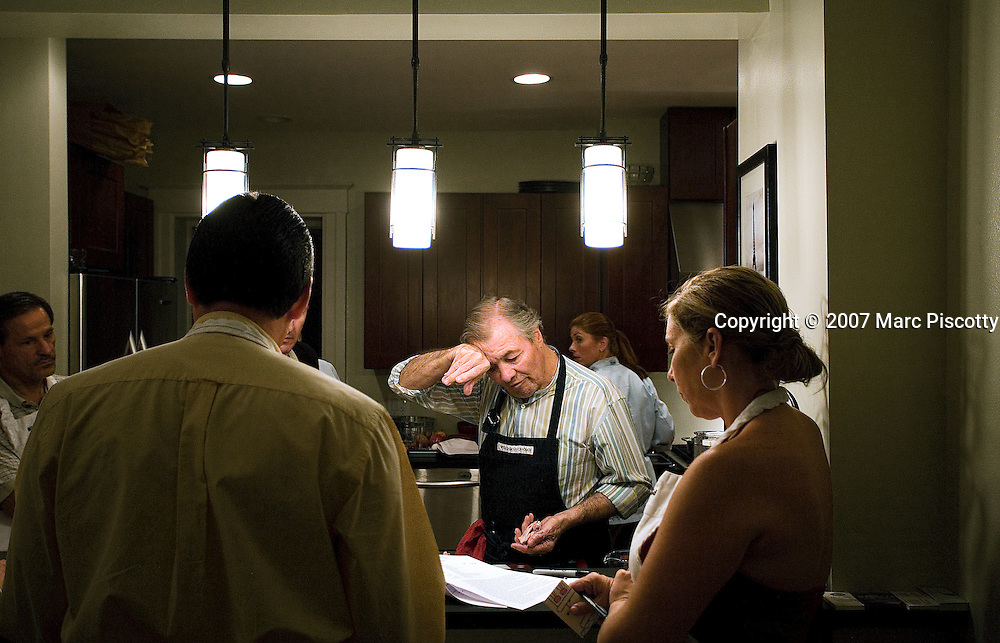