U.S. figure skater Sasha Cohen starts her routine under the Olympic rings during the Women's Free Skating Program at the Palavela ice arena on Thursday February 23, 2006 in Turin, Italy at the 2006 Winter Olympics. U.S. figure skater Sasha Cohen led all skaters going into the evening and finished the night with a silver medal with a total score of 183.36. Japan's Shizuka Arakawa won the gold with a score of 191.34 and Russia's Irina Slutskaya won the bronze with a score of 181.44..(Photo by Marc Piscotty / © 2006) 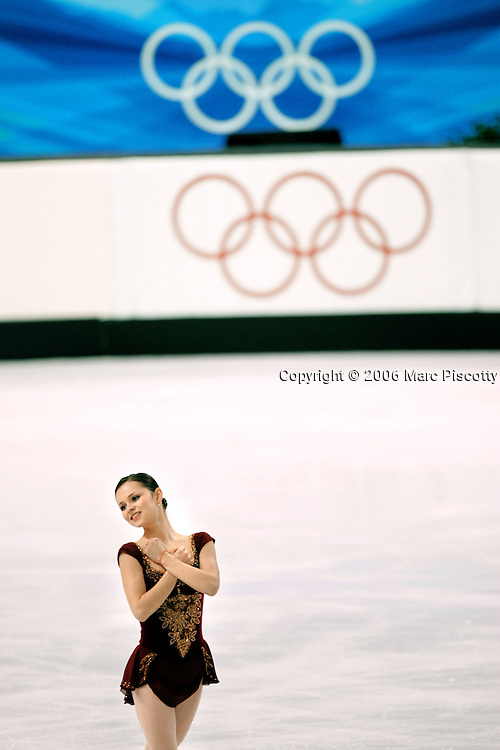