SHOT 3/15/09 10:00:38 AM - Some of the 5,500 participants line up at the starting line at the Running of the Green Lucky 7K race in Downtown Denver, Co. Proceeds from the race benefit Volunteers of America. Billed as the nation's largest 7K, the run/walk follows an urban course through the streets of LoDo, along side the Platte Valley and concludes at McCormick's Fish House and Bar. Following the race will be an unforgettable block party, including live music and traditional Irish food. The race is held in conjunction with the celebration of St. Patrick's Day. Saint Patrick's Day (Irish: Lá 'le Pádraig or Lá Fhéile Pádraig), colloquially St. Paddy's Day or Paddy's Day, is an annual feast day which celebrates Saint Patrick (circa AD 385-461), one of the patron saints of Ireland, and is generally celebrated on March 17..The day is the national holiday of Ireland. It is a bank holiday in Northern Ireland and a public holiday in the Republic of Ireland and Montserrat. In Canada, Great Britain, Australia, the United States and New Zealand, it is widely celebrated but is not an official holiday..(Photo by Marc Piscotty / © 2009) 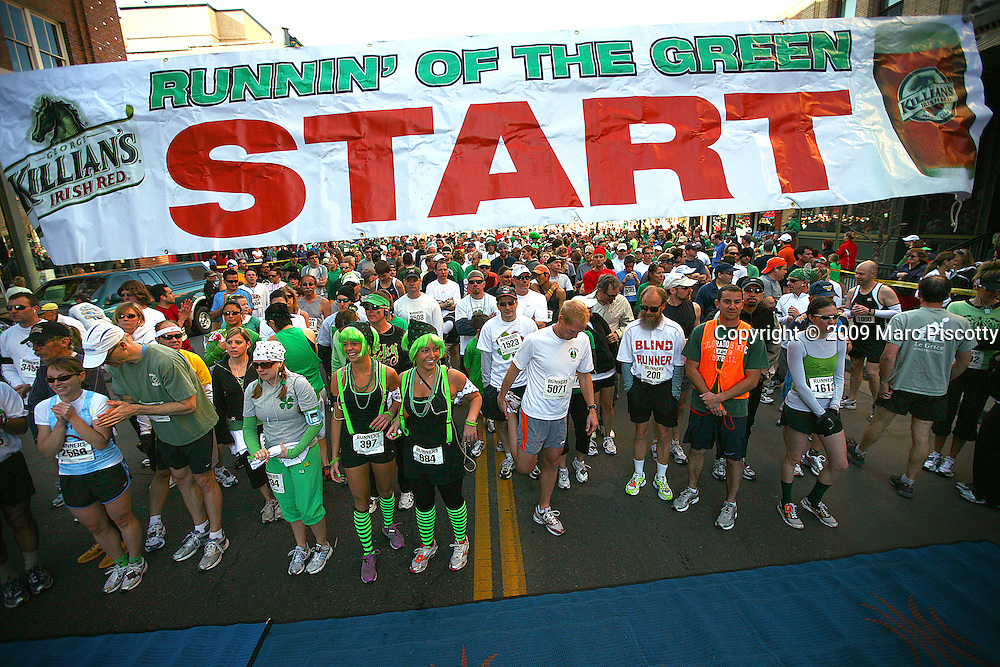