Park goers exit a shuttle bus at the Park and Ride at Rocky Mountain National Park on Thursday August 18, 2005. The park, open since 1915, is a showcase of the grandeur of the Rocky Mountains and features peaks ranging from 8,000 to 14,259 feet tall and is home to elk, mule deer, bighorn sheep, black bears, coyotes and a wide range of birds, fish and smaller animals. The shuttles and Park and Ride at the park were established to cut down on traffic within the park and lessen congestion on the roads. Rocky Mountain National Park is located in the north-central region of the U.S. state of Colorado..Rocky Mountain National Park features majestic mountain views, a variety of wildlife, varied climates and environments?from wooded forests to mountain tundra?and easy access to back-country trails and campsites. The park is located north-west of Boulder, Colorado in the Colorado Rockies, and includes the Continental Divide and the headwaters of the Colorado River in its land area.Rocky Mountain National Park encompasses approximately 265,770 acres (1,076 km²) of land in Colorado's northern Front Range. The park is split by the Continental Divide, which gives the eastern and western portions of the park a different character. The east side of the park tends to be dryer, with heavily glaciated peaks and cirques. The west side of the park is wetter and more lush, with deep forests dominating..The park contains 359 miles (578 km) of trails, 150 lakes, and 450 miles (720 km) of streams. The park contains over 60 named peaks higher than 12,000 feet (3,700 m), and over one fourth of the park resides above tree line. The highest point of the park is Longs Peak, which rises to 14,259 feet above sea level. Longs Peak is the only fourteen thousand foot peak in the park..(MARC PISCOTTY/ © 2005) 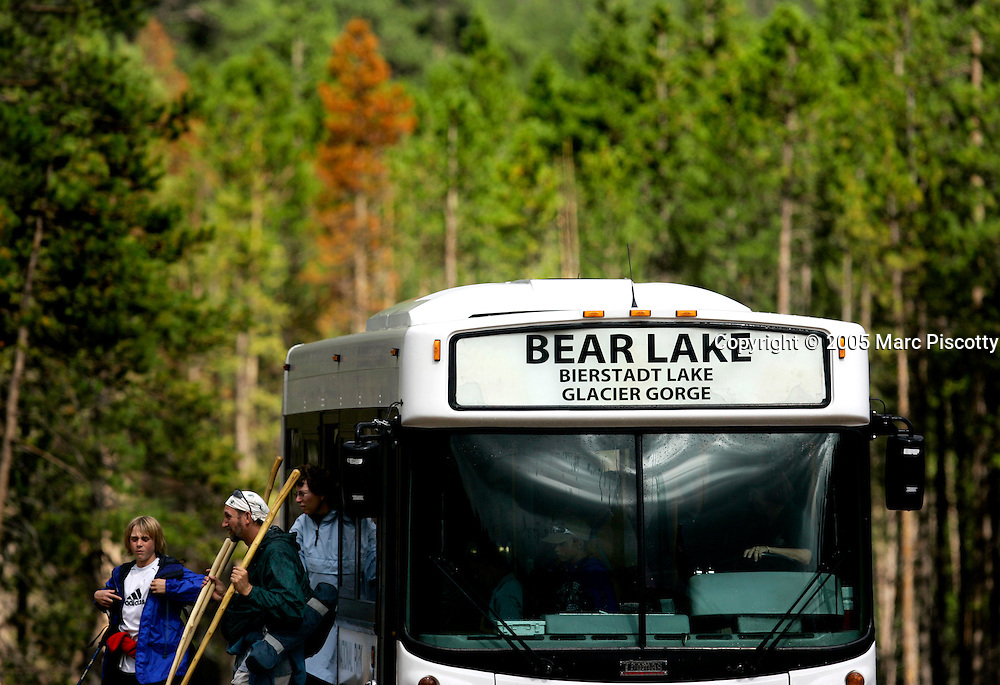