SHOT 3/7/08 5:23:08 PM - Harbour seals at Children's Pool Beach, or the Casa, or Casa beach, is a small sandy beach located at 850 Coast Boulevard, at the intersection of Jenner Ave, in La Jolla, California. Harbor seals began using the beach in increasing numbers in the 1990s as a haul-out spot after the Sea World veterans began showing up. There continues to be heated controversy over whether the beach should be protected as a marine sanctuary or used for recreational swimming. This in spite of the ruling by the Coastal Commission that Children's Pool cannot be used as a marine preserve. Currently, swimming is allowed but not typically recommended due to a high coliform index which is entirely due to seal feces. Though many people do swim there, none get sick. La Jolla is a wealthy seaside resort community of up to 42,808 residents within the city of San Diego, California. a Jolla, like most of Southern California, is an area of great natural beauty with a mixture of geology - sandy beaches and rocky shorelines good for a variety of outdoor activities. The area has a number of public beaches, parks, as well as shopping areas..(Photo by Marc Piscotty / © 2008) 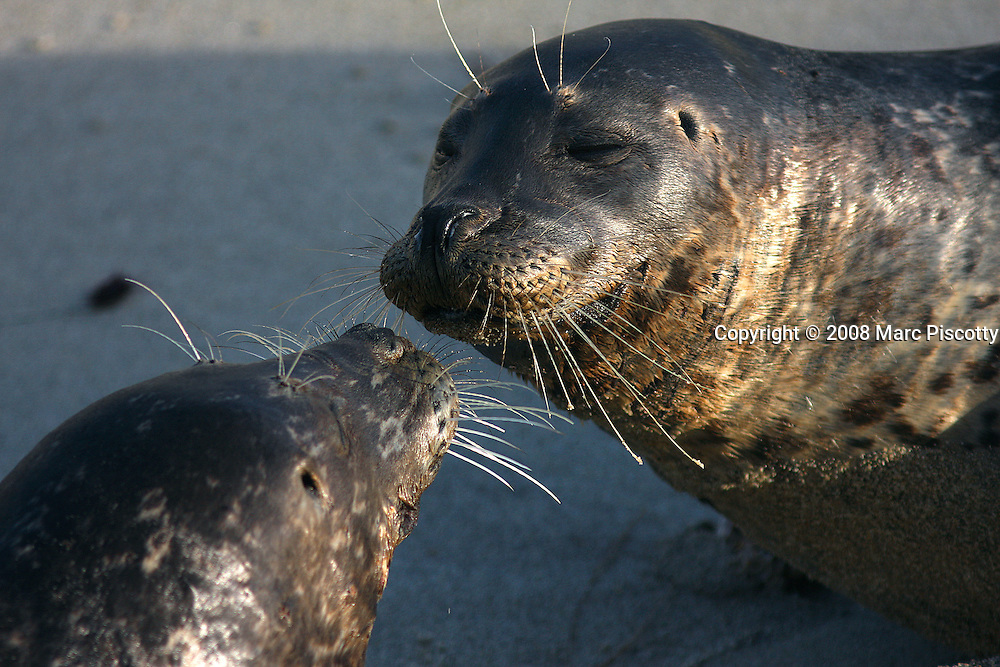