U.S. skiier Ted Ligety celebrates with the U.S. flag after realizing he's won the gold medal in the Men's Combined at Sestriere Colle Tuesday February 14, 2006. He had to wait out the runs of eventual silver medalist Ivica Kostelic of Croatia and Benjamin Raich of Austria who didn't finish the second run. American skiier Ted Ligety won the gold medal with combined downhill and slalon times of 3:09.35. Teammate Bode Miller had led all skiiers after the downhill but was disqualified on his first slalom run after stradling a gate..(Photo by Marc Piscotty / © 2006) 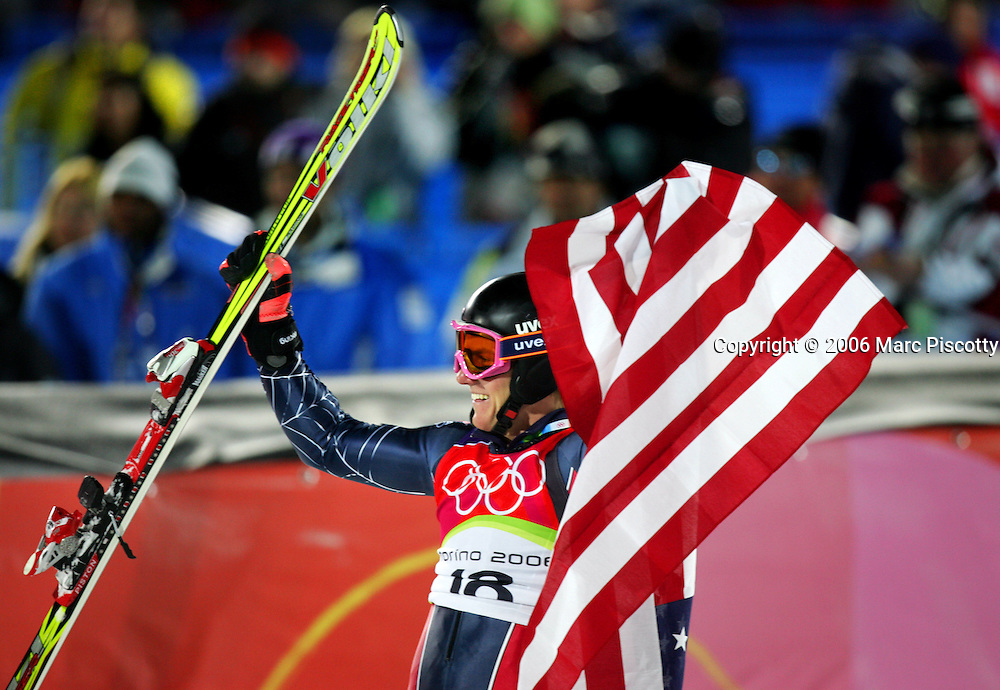