SHOT 5/30/13 11:51:26 AM - A moss covered bridge near Horsetail Falls (or Horse Tail Falls) in Oregon, United States.
The waterfall is easily accessed as it is right next to the Historic Columbia River Highway. The shape of the falls and the rounded rockface over which it flows cause it to resemble a horse's tail. The Columbia River Gorge is a canyon of the Columbia River in the Pacific Northwest of the United States. Up to 4,000 feet (1,200 m) deep, the canyon stretches for over 80 miles (130 km) as the river winds westward through the Cascade Range forming the boundary between the State of Washington to the north and Oregon to the south. Extending roughly from the confluence of the Columbia with the Deschutes River down to eastern reaches of the Portland metropolitan area, the gorge furnishes the only navigable route through the Cascades and the only water connection between the Columbia River Plateau and the Pacific Ocean. The gorge holds federally protected status as a National Scenic Area called the Columbia Gorge National Scenic Area and is managed by the Columbia River Gorge Commission and the US Forest Service. The gorge is a popular recreational destination.Oregon is a state in the Pacific Northwest region of the United States. Oregon is the 9th most expansive and the 27th most populous of the 50 United States. (Photo by Marc Piscotty / © 2013) 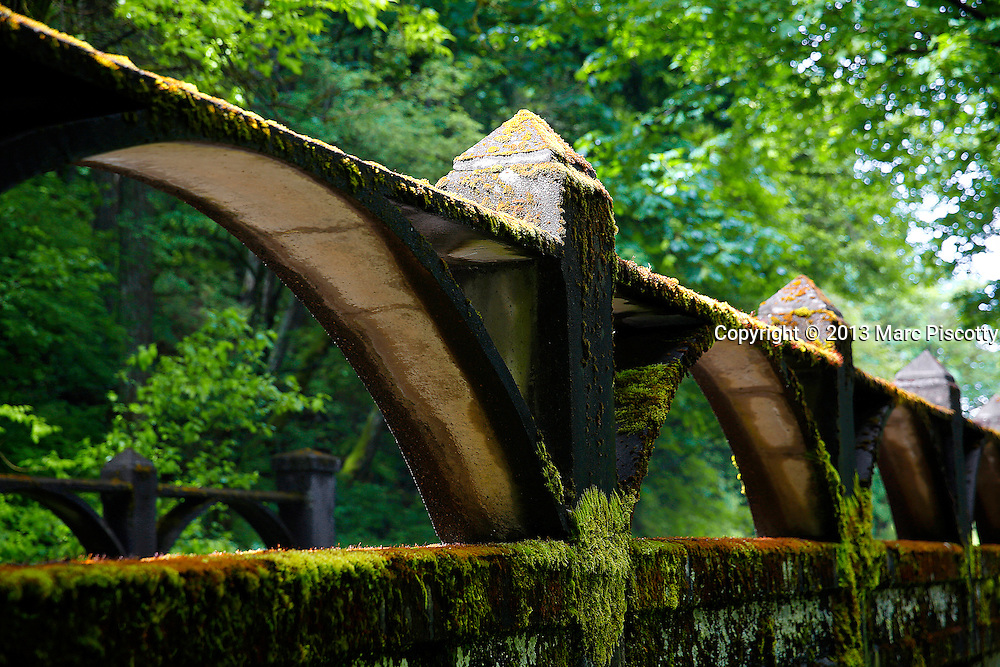