U.S. Short Track skater and former gold medalist Anton Apolo Ohno (#254) tries to stay upright after losing his balance in a corner near Chinese skater LI ye(#216) at the Men's 1500 Meter Short Track Speed Skating event at the Palavela ice arena in Turin, Italy on February 12, 2006. Defending gold medalist Anton Apolo Ohno did not qualify for the finals after losing his balance in one of the final turns of the race..(Photo by Marc Piscotty / ©2006) 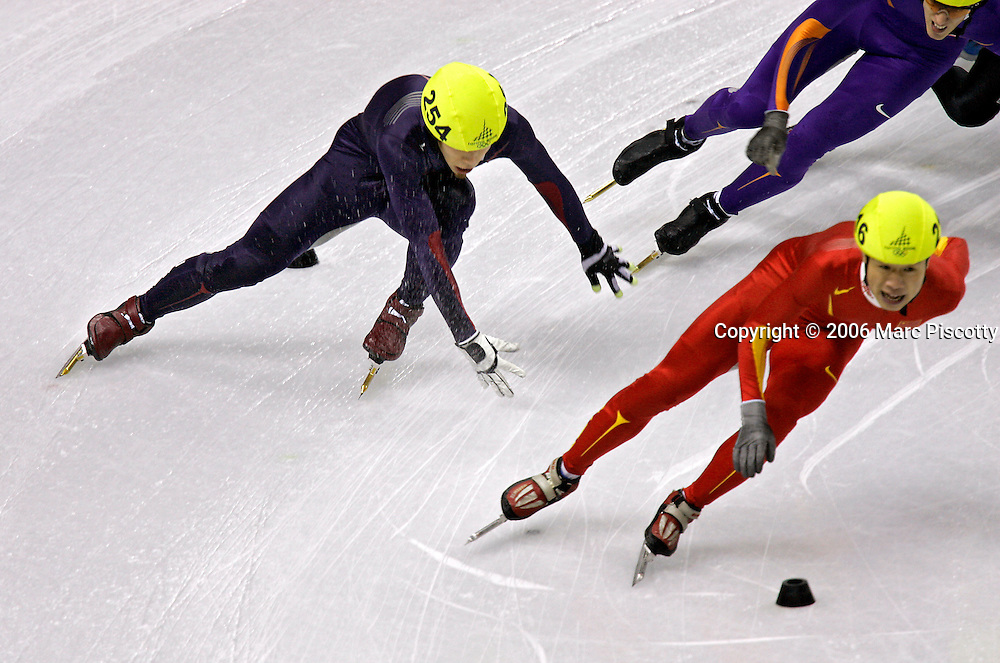