SHOT 1/26/08 4:12:21 PM - Snowboarder Shaun White high fives fans as he signs autographs while walking towards the podium to accept a bronze medal in the Snowbaord Slopestyle event Saturday January 26, 2008 at Winter X Games Twelve in Aspen, Co. at Buttermilk Mountain. White finished third (83.33) behind Kevin Pearce (88.33) and Andreas Wiig (92.00). White did however win the Supeprpipe competition continuing his dominance in Winter X Games. The 12th annual winter action sports competition features athletes from across the globe competing for medals and prize money is skiing, snowboarding and snowmobile. Numerous events were broadcast live and seen in more than 120 countries. The event will remain in Aspen, Co. through 2010.Shaun Roger White (born September 3, 1986 in Carlsbad, California) is an American athlete. He has been a notable competitor in professional snowboarding since he was fourteen years old, but is also known for his skateboarding. He is known for his shock of red hair, for which he has become known as "The Flying Tomato". White gained sponsorship from Burton after his mother phoned them to see if they had a board small enough for her 6-year-old son..(Photo by Marc Piscotty / © 2008) 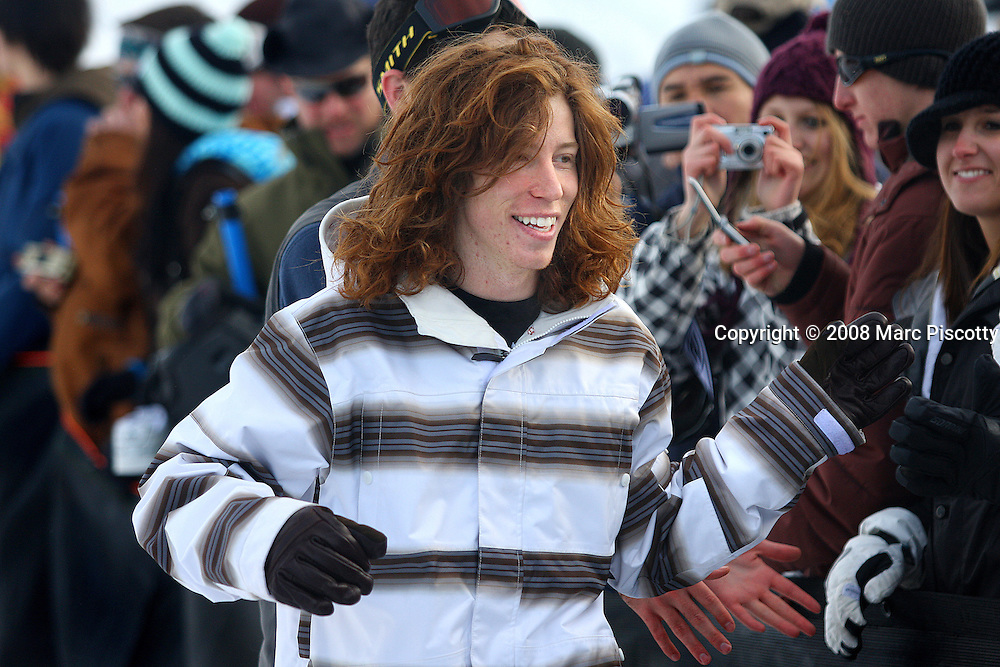