SHOT 8/31/08 7:32:21 PM - University of Colorado mascot "Ralphie" runs with her handlers to kick off the second half of their game against Colorado State in the 2008 Rocky Mountain Showdown game at Invesco Field at Mile High in Denver, Co. Colorado won the game 38-17 before a crowd of nearly 70,00. The rivalry game featured the debut of new Colorado State head football coach Steve Fairchild and the debut of highly recruited Colorado tailback Darrell Scott. Ralphie the buffalo is the name of the live mascot of the University of Colorado Buffaloes. She has been called one of the best live mascots in sports, and she is often erroneously labeled male. Ralphie is erroneously called a "buffalo" (along with the team); Ralphie is actually an American Bison..(Photo by Marc Piscotty / © 2008) 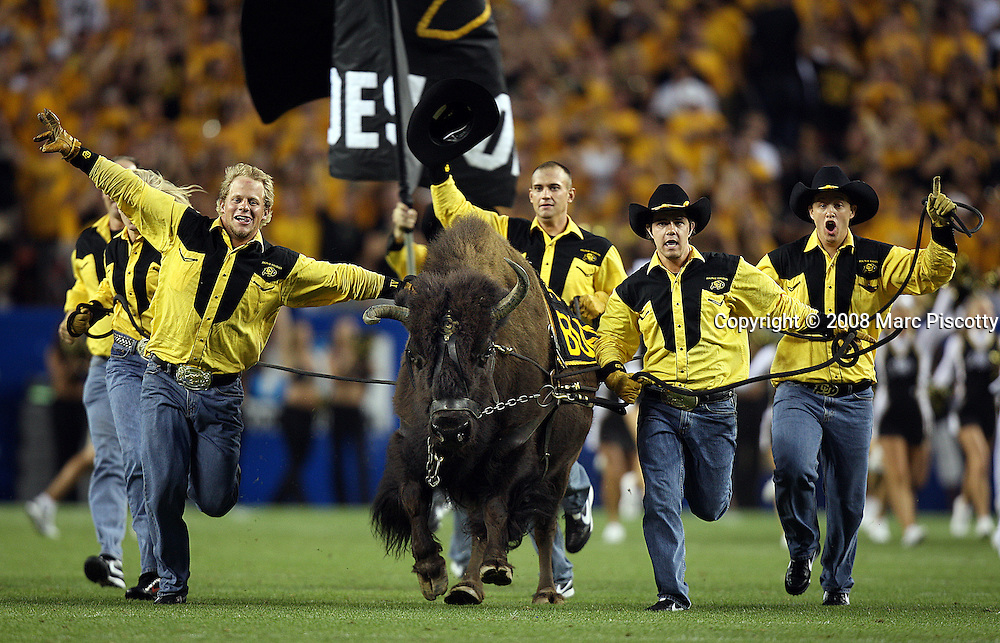