SHOT 2/18/09 3:01:19 PM - A California Condor perches on a branch just outside of Punta Mita, Mexcio. The California Condor (Gymnogyps californianus) is a North American species of bird in the New World vulture family Cathartidae and the largest North American land bird. It is a large, black vulture with patches of white on the underside of the wings and a largely bald head with skin color ranging from yellowish to a bright red, depending on the bird's mood. It has the largest wingspan of any bird found in North America and is one of the heaviest. The condor is a scavenger and eats large amounts of carrion. It is one of the world's longest-living birds, with a lifespan of up to 50 years. Condor numbers dramatically declined in the 19th century due to poaching, lead poisoning, and habitat destruction. Eventually, a conservation plan was put in place by the United States government that led to the capture of all the remaining wild condors in 1987. These 22 birds were bred at the San Diego Wild Animal Park and the Los Angeles Zoo. Numbers rose through captive breeding and, beginning in 1991, condors have been reintroduced into the wild. The project is the most expensive species conservation project ever undertaken in the United States. (Photo by Marc Piscotty / © 2009) 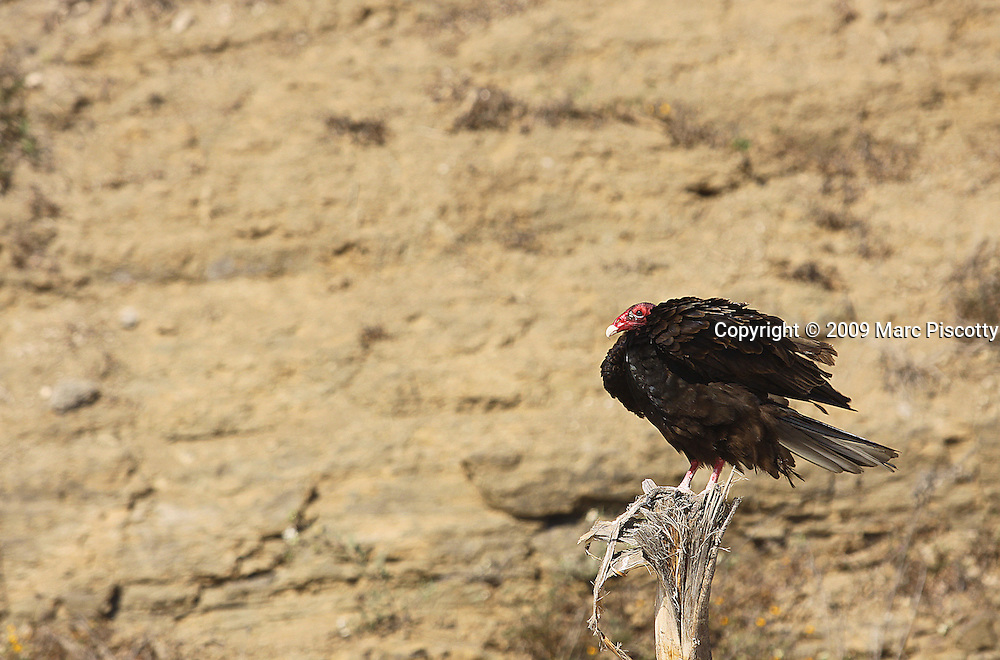