SHOT 8/26/2007 - Julie Aigner-Clark, the founder of Baby Einstein and The Safe Side, relaxes in and around her Centennial, Co. home where she has lived with her family for the past five years. She was photographed with her husband, Bill, and two daughters Aspen, 13, and Sierra, 10 as well as "Eliot", one of the family's cats. Aigner-Clark went on to sell the Baby Einstein Company to Disney, after which they bought the house they now live in which was owned by former Denver Broncos' running back Terrell Davis. Aigner-Clark is now part of the The Safe Side, a company dedicated to making the world safer for children through publishing programs for kids and parents and donating a portion of any proceeds to The National Center For Missing & Exploited Children. (Photo by Marc Piscotty © 2007) 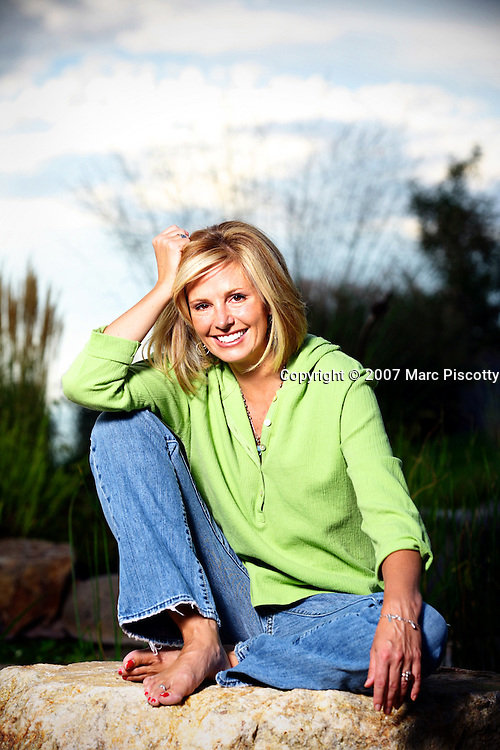