SHOT 8/13/09 2:59:46 PM - Tourists take in the interior of the Colorado State Capitol Building, located at 200 East Colfax Avenue in Denver, Colorado. The building is the home of the Colorado General Assembly and the offices of the Governor of Colorado and Lieutenant Governor of Colorado. The building is intentionally reminiscent of the United States Capitol. Designed by Elijah E. Myers, it was constructed in the 1890s from Colorado white granite, and opened for use in November 1894. The distinctive gold dome consists of real gold plate, first added in 1908, commemorating the Colorado Gold Rush. The building is part of Denver's Civic Center area. The interior of the building uses copious amounts of Colorado Rose Onyx, a rare rose marble from a quarry near Beulah, Colorado. The amount used in the building consumed the entire known supply. White Yule Marble from the quarries near Marble, Colorado was also used throughout the capitol for the floors. Many designs have been found in the marble including an image resembling George Washington and another of Molly Brown. Many of the windows are stained glass, depicting people or events related to the history of Colorado. The halls are decorated with portraits of every president of the United States. Colfax Avenue is the main street that runs east and west through the Denver-Aurora metropolitan area in Colorado. As U.S. Highway 40, it was one of two principal highways serving Denver before the Interstate Highway System was constructed. In the local street system, it lies 15 blocks north of the zero point (Ellsworth Avenue, one block south of 1st Avenue). For that reason it would normally be known as "15th Avenue" but the street was named for the 19th-century politician Schuyler Colfax. On the east it passes through the city of Aurora, then Denver, and on the west, through Lakewood and the southern part of Golden. Colloquially, the arterial is referred to simply as "Colfax", a name that has become associated with prostitution 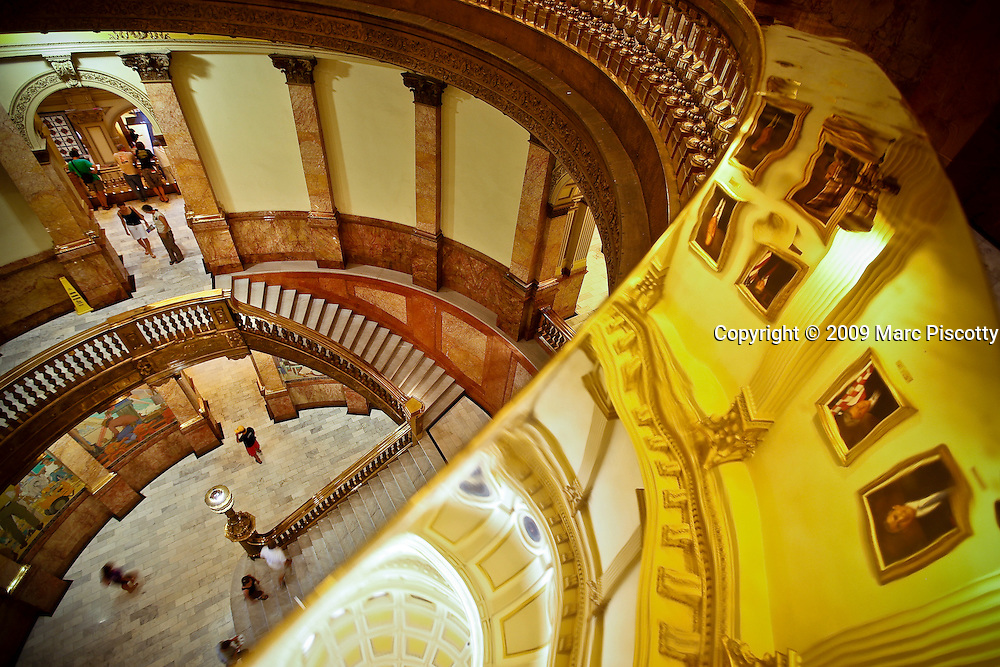