SHOT 1/25/08 8:17:38 PM - Snowboarder Gretchen Bleiler of Aspen, Co. high fives fans after winning gold in the Snowboard Superpipe Finals Friday January 25, 2008 at Winter X Games Twelve in Aspen, Co. at Buttermilk Mountain. Bleiler, a hometown favorite, won the event with a score of 93.33. The 12th annual winter action sports competition features athletes from across the globe competing for medals and prize money is skiing, snowboarding and snowmobile. Numerous events were broadcast live and seen in more than 120 countries. The event will remain in Aspen, Co. through 2010. Gretchen aspired to compete in the Olympic Games from a very young age, and found her passion in snowboarding at age 11 (1992). She has been riding ever since, became professional in 1996 and is currently recognized as a role model and pioneer in the sport. Among her accomplishments, Gretchen jump-started the invert revolution for female riders as the first to land a Crippler 540 in competition, and won more halfpipe competitions in 2003, 2005 and 2006 than any other female snowboarder. In the pre Olympic season she won four of the five US Olympic halfpipe qualifiers and is also a three time X Games gold medalist, most recently winning the superpipe at Winter X Games XII..(Photo by Marc Piscotty / © 2008) 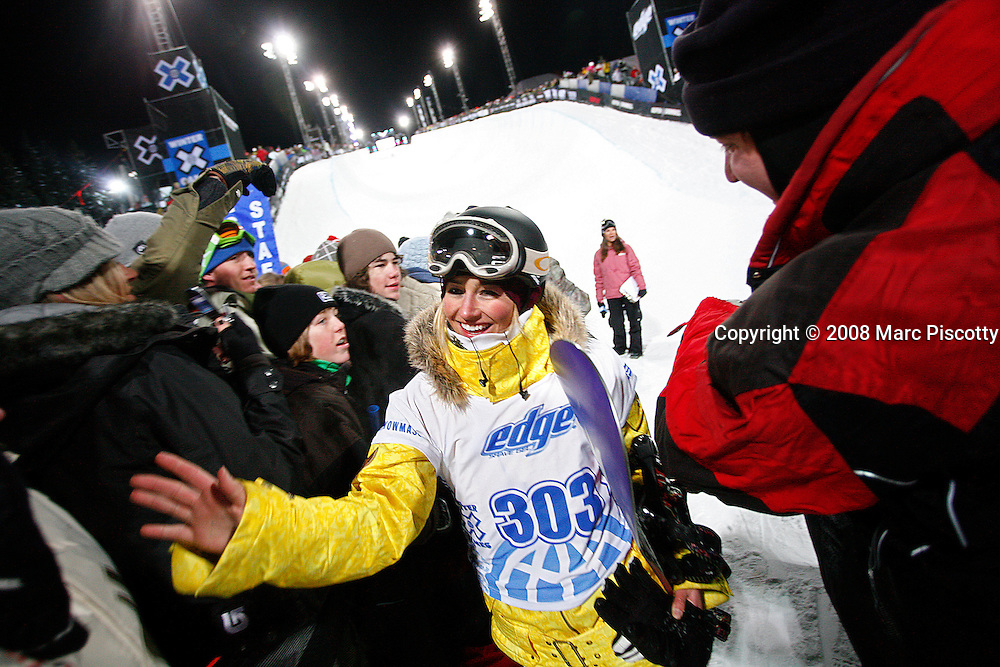