A fan with a small cowbell cheers on the downhill racers in front of a set of Olympic rings at the Men's Downhill of the 2006 Winter Olympics in Sestriere Borgata Sunday February 12, 2006. Fans from every nation were out in force to cheer on their favorite downhiller. The event was won by Antoine Deneriaz of France with a time of 1:48.80, a time that was .72 seconds ahead of silver medalist Michael Walchofer of Austria. American favorites Bode Miller finished fifth with a time of 1:49.93 and teammate Daron Rahlves finished 10th with a time of 1:50.33..(Photo by Marc Piscotty / ©2006) 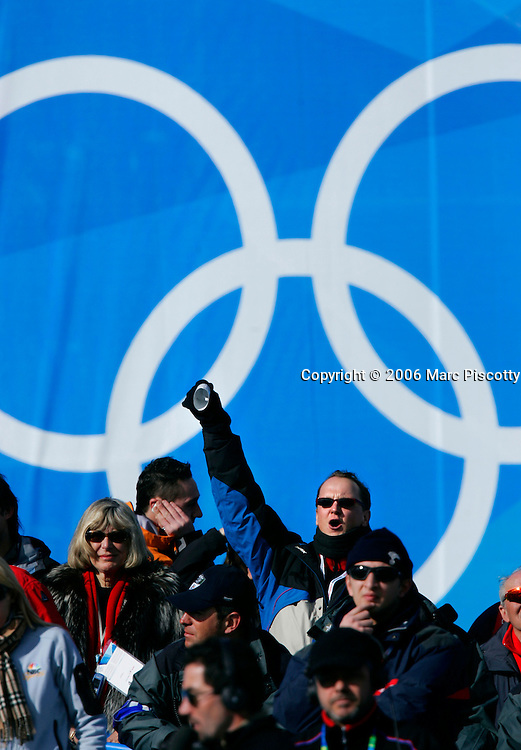