SHOT 2/18/08 1:21:09 PM - Portraits of various dogs at the 13th Annual Rocky Mountain Cluster dog show at the National Western Complex in Denver, Co. "Edward", a 21 month old male Basset Hound stands on his back legs hoping for a treat. "Edward" is owned by Christina Wanamaker of Loveland, Co. and she said "he's my little clown". He was wearing a protective covering to prevent his ears from being damaged. The Basset Hound is a short-legged breed of dog of the hound family. They are scent hounds, bred to hunt by scent. Their sense of smell for tracking is second only to that of the Bloodhound. The name Basset derives from the French word "bas" meaning "low;" "basset" (-et attenuating suffix) meaning, literally, "rather low." The Basset Hound is often considered a friendly breed. Bassets are friendly and welcome the opportunity to make new friends. Basset Hounds are a breed of French lineage, a descendant of the St. Hubert's Hound, a dog similar to the present-day Bloodhound. Friars of St. Hubert's Abbey in medieval France desired a shorter-legged dog, capable of following a scent under brush in thick forests, as hunting was a classic sport of the time. Both Bassets and St. Hubert's Hounds were bred to trail, not kill, their game. Bassets were originally used to hunt rabbits and hare. The dog show features some of the top show dogs in the country and showcases close to 200 different breeds. Some 3,500 dogs and some of the top handlers in the country compete at the event which follows on the heels of Westminster. In a conformation show, judges familiar with specific dog breeds evaluate individual dogs for how well they conform to published breed standards. Conformation shows are also referred to as dog shows or breed shows. Conformation shows are typically held under the auspices of a national kennel club. At the highest levels are Championship or all-breed shows, which have separate classes for the majority of breeds.(Photo by Marc Piscotty / © 2008) 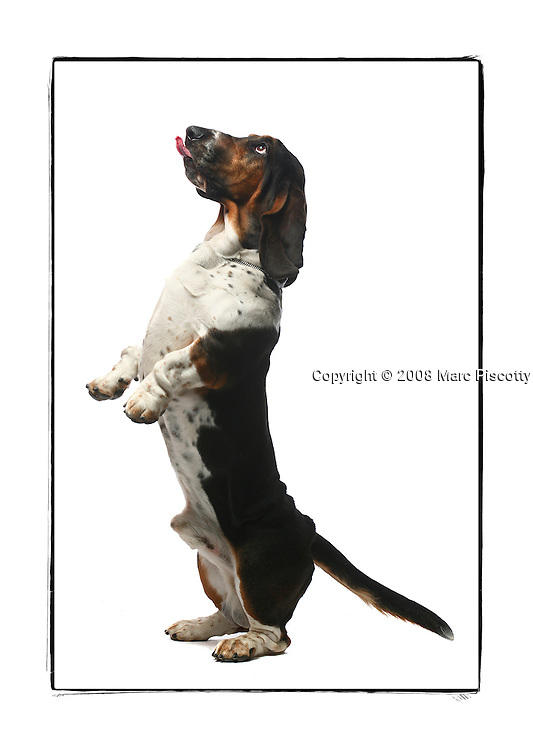