SHOT 3/6/08 7:01:08 PM - Brilliant sunset over the skyline of downtown San Diego, Ca. San Diego is a coastal Southern California city located in the southwestern corner of the continental United States. As of 2006, the city has an estimated population of 1,256,951. It is the second largest city in California and the eighth largest city in the United States. It is home to miles of beaches, a mild Mediterranean climate and many military facilities. Tourism has affected the city's culture, as San Diego houses many tourist attractions, such as SeaWorld San Diego, Belmont amusement park, San Diego Zoo, San Diego Wild Animal Park, and nearby Legoland. San Diego has also always been a hotbed for surf and skateboard culture..(Photo by Marc Piscotty / © 2008) 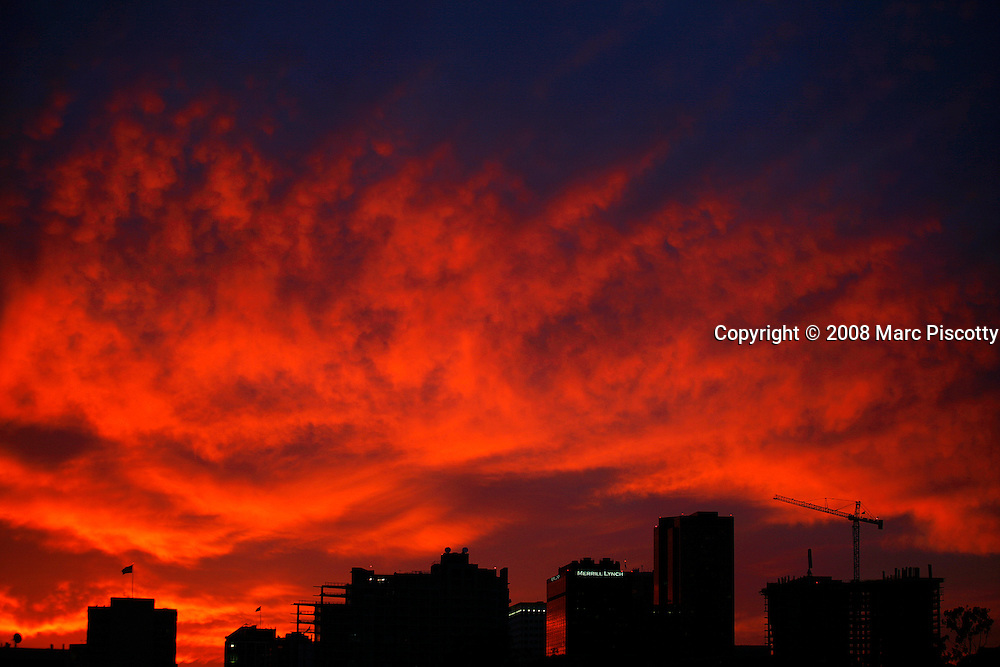