SHOT 12/12/09 12:49:01 PM - Snowboarder Jack Mitrani finishes his run during finals at the U.S. Snowboarding Grand Prix in the halfpipe at Copper Mountain on Saturday December 12, 2009. Shaun White, Louie Vito and Zachary Black finished on the podium on the men's side while Kelly Clark, Gretchen Bleiler and Soko Yamaoka grabbed the top three spots on the women's side. Mitrani finished tenth at the event. The competition was the first of three events that will be used to select the U.S. Snowboarding Team for the upcoming Winter Olympics in Vancouver. (Photo by Marc Piscotty / © 2009) 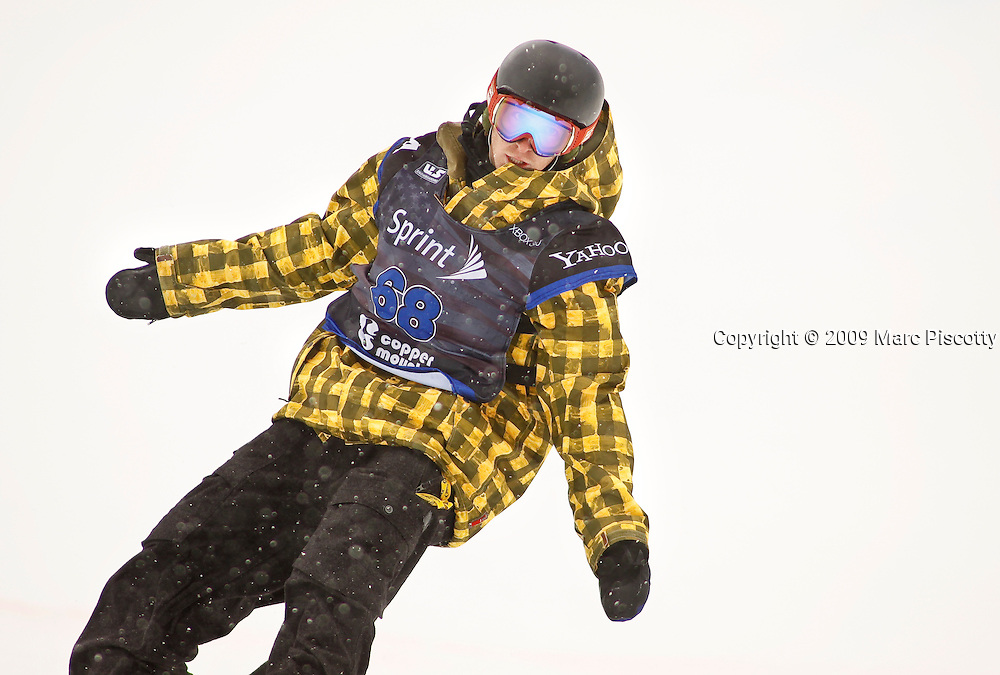