Chinese skater Dan Zhang (left) grasps for her knee as skating partner Hao Zhang (right) checks to see if she's hurt after a hard fall on a throw during the free skate portion of the Pairs Figure Skating event at the Palavela ice arena in Turin, Italy Monday February 13, 2006. The Russian figure skaters Tatiana Totmianina and Maxim Marinin won the gold medal with a total score of 204.48 while Chinese skaters Dan Zhang and Hao Zhang won the silver medal in dramatic fashion after a hard fall by Dan caused a couple minute break in their program after she hurt her knee on the fall..(Photo by Marc Piscotty / © 2006) 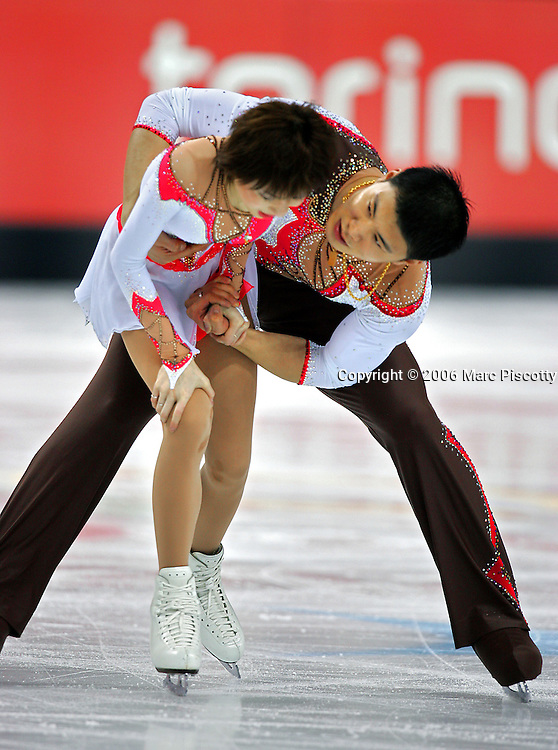