SHOT 2/5/08 7:27:59 PM - Barack Obama supporters seemed to have the more organized effort at Horace Mann Middle School in Denver, Co. during the Colorado Caucus (during Super Tuesday) to elect a Democratic candidate for the upcoming Presidential election. Obama won the state easily during the caucus. The Democratic National Convention will be held in Denver, Co. in late August 2008. Multiple Democratic precincts met at the school and turnout was easily said to be the largest seen in recent history. A caucus is most generally defined as a meeting of supporters or members of a political party or movement.One meaning is a meeting of members of a political party or subgroup to coordinate members' actions, choose group policy, or nominate candidates for various offices. The term is frequently used to discuss the procedures used by some states to select presidential nominees, such as the Iowa caucuses, the first in the modern presidential election cycle. Since 1980 such caucuses have come to comprise, in the aggregate, an important component of the nomination process..(Photo by Marc Piscotty / © 2008) 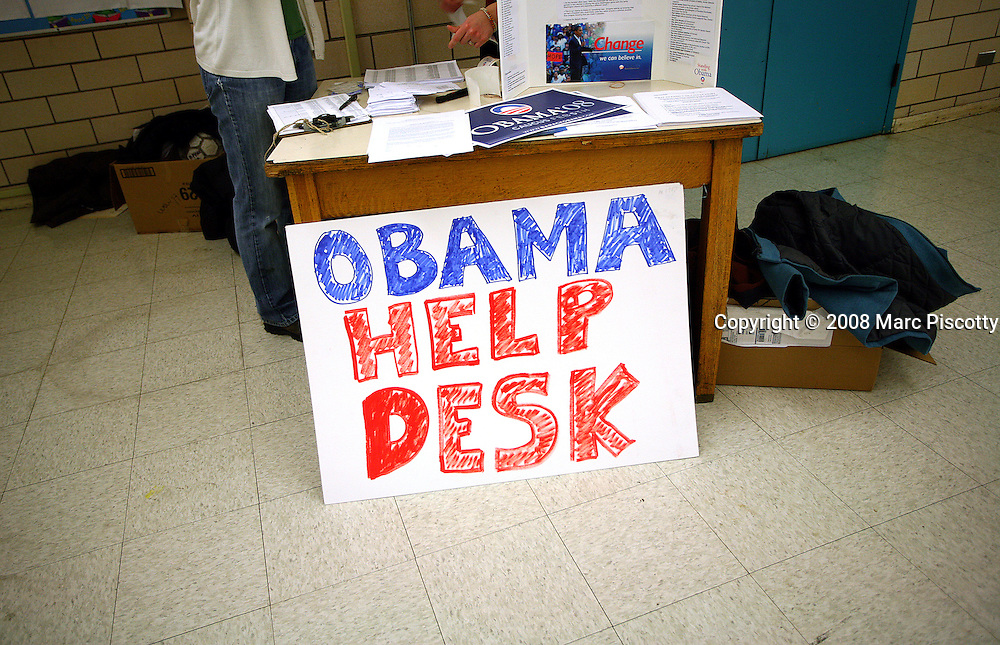